In my introductory post about Snow Drop, I described it as one of the most misguided comic series I’ve ever read. I already know I won’t be able to stomach re-reading the rest of the series, never mind blogging about each book. However, the fist volume only scratches the surface of all the melodrama to come. There’s so much crap in these books, I’ve decided to highlight some of the biggest instances of bullshit in the series. 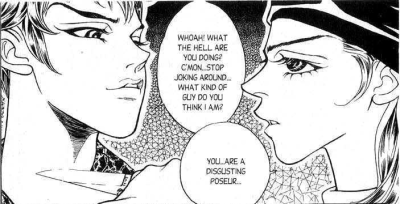 Ha-Da attempts to date Ko-Mo, and this doesn’t go very well for him. To begin with, no one – including So-Na, Hae-Gi, and Ko-Mo himself – tells Ha-Da that Ko-Mo’s male. Ko-Mo isn’t gay, either. Nor does he like being pursued by Ha-Da. Yet, Ko-Mo never tells Ha-Da that he’s a guy. As much as Ko-Mo tells Ha-Da to leave him alone, Ha-Da never takes the hint. Now, when someone tells you to stop doing something because they don’t like it, and you continue doing it, it’s called harassment. Ko-Mo finally puts a fucking KNIFE up to Ha-Da’s throat and mugs him to get him to back off.

At this point, So-Na has acquired a rival, Jin Sun-Mi. Sun-Mi is in love with Hae-Gi, but he’s dating So-Na. Sun-Mi decides to try to sabotage their relationship by drugging So-Na so she passes out in a storage shed at school. If that highly illegal and immoral behavior wasn’t bad enough, Sun-Mi has Ha-Da go to the storage shed as well, where he sees unconscious So-Na. He figures out that she’s been drugged, and that Sun-Mi was the culprit. Does he try to wake his best friend? Find help? Call the police? No. Instead, he kisses So-Na. This is meant to be romantic. Instead, the whole situation is disturbing as all hell, especially because Ha-Da knows that So-Na was kidnapped and molested when she was twelve.

What the fuck am I reading. 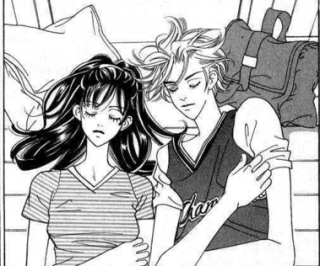 Nothing is completely awful, though, and Snow Drop did have times that I really did enjoy, things that made me want to keep reading, despite all the bullshit going on. Here, Hae-Gi takes So-Na out on an impromptu date. She’s nervous to be alone in the dark with him at first, but comes to realize that she does trust him. They go to a park and stargaze, and So-Na lies down next to him, which is a big deal for her, even if she does panic. This scene also gives us the couple’s first real kiss. It’s a very tender scene, especially considering all they’ve been through to get to this point.

Volume 4: So-Na is Attacked and No One Believes Her 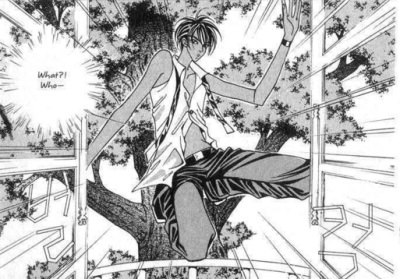 Trouble continues to brew when So-Na finds out that she finds out that she’s engaged to someone she’s never met, Hwi-Rim. Naturally, she objects to the prospect of arranged marriage, and especially to her fiance. It’s fair to say that she didn’t have the best first impression of him. Before So-Na and Hwi-Rim formally meet each other, he breaks into her room through her bedroom window, suggestion that they have a little “morning action”. So-Na throws a number of items to defend herself from him, including a stool, yet he never backs off. In fact, it looks like it’s a turn-on for him. By the time So-Na’s bodyguards arrive on the scene, he vanishes.

Later, So-Na’s father introduces her to Hwi-Rim, telling her that they are engaged now. So-Na tells everyone that he broke into her bedroom. Her bodyguards heard the commotion, and they even say there’s security tapes that could prove it was Hwi-Rim. Does her ever-loving father call off the engagement? Question Hwi-Rim’s character? Listen to his daughter? No. Instead he calls her a liar, and says she’s panicing because she doesn’t want to be married.

Also, how is Hwi-Rim staying in that tree? He has one leg supported by a branch, it looks like, but he’s not holding on to anything. He’s just sort of…hovering above it.

Volume 5:  A Failure to Communicate 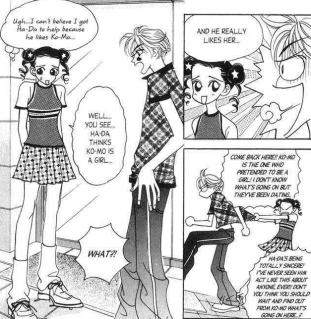 The biggest bullshit moment is actually a little hard to find in this volume. Drama happens, of course, but nothing to the degree of the previous books in the series. In fact, So-Na and Hae-Gi come out triumphant in the face of adversity, for a change. But this is also the book where Ha-Da finds out that Ko-Mo is a man, even though they’ve started dating. Ko-Mo, by the way, still doesn’t like Ha-Da, but is using him to get information. What bugs me about this is So-Na knew that her best friend really liked Ko-Mo, but also that Ko-Mo is a guy. How hard would it have been for So-Na to tell Ha-Da that Ko-Mo’s a guy? Maybe she thought it was funny at first, but really…you dropped the ball on that one, So-Na.

But that’s not so bad. After the questionable (and illegal) behavior of the characters so far, this volume was exciting and more light-hearted than the previous four. If the rest of the series were more like this, I would probably like it a lot more. But that hope spot is short-lived, however, and I remember why this series is so fucked up… 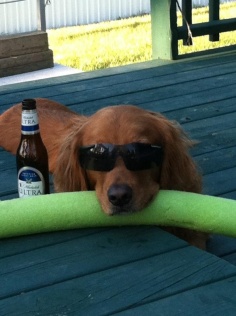 This scene freaked me out when I read the series, and still puts me on edge today. Maybe even moreso now. It’s fucked that she’s engaged to this guy, and that no one who can do anything about it will listen to So-Na. She already hated this guy, and the audience already knew that he wasn’t above attacking So-Na…so why put this in? Just to show how depraved Hwi-Rim is, when we’ve already seen it? Hae-Gi at least beat Hwi-Rim to a pulp, but other than that, our villain doesn’t suffer any consequences after that. What’s even more disturbing is how So-Na, a couple books down the road, just seems to forget what Hwi-Rim tried to do to her.

Moment of Redemption: So-Na Stands Up to Her Father

Throughout the series, So-Na’s father is a bully. He verbally abuses and blackmails her, and hits her more than once in the series. He refuses to listen to any of her objections about her engagement to Hwi-Rim, which was arranged to set-up more funds going to his political party. Many times, he tells So-Na that she’s unable to live independently. During a party to celebrate So-Na’s and Hwi-Rim’s engagement, she tells him – and everyone else there – that she and Hwi-Rim will never be married. Her father says that everything she owns, even the clothes on her back, are from him, and she will never survive on her own. So-Na says, “Watch me, I don’t need anything from you!” takes off her dress, and storms out of the dinner in just her underwear. Yes, it’s over the top, but after all her dad’s put her through, I love how she blatantly defies him.

That last book got a bit heavy. Let me end with just one embarrassing story to make things a bit more cheerful around her.

Manga Will Ruin Your Life: So-Na Gets a Job 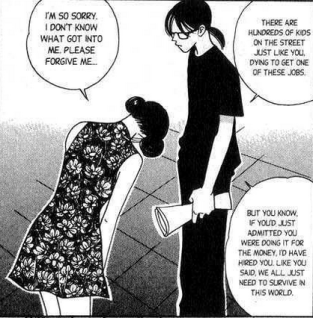 Remember when I said I didn’t want these books to find young, impressionable minds? This is the reason why. Out on her own, So-Na tries to get a job, and she only gets hired once she admits to her employer that she’s only in it for the money. Her boss tells her that’s the only reason why anyone works, and she should have just said that from the start. It turns out that this is actually pretty terrible advice.

Eventually, I turned sixteen, and went to a local grocery store for my first-ever job interview. When the woman interviewing me asked why I wanted to work there, I replied, “I want money.” I thought she would appreciate my honesty. She didn’t.

I didn’t get the job. Thanks, Snow Drop.